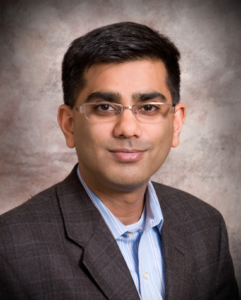 ​Arun Baheti is Senior Vice President and Corporate Counsel at Bluebook International.  In his current role, he is charged with legal/compliance and operations, with a special emphasis on strategic channel partners and government agencies.  Key contracts secured include Angie’s List, Freddie Mac, and HUD.

He was formerly Vice President of Government and Financial Services at Marshall & Swift/Boeckh, where he led the company’s efforts in the financial services, risk management, appraisal, banking and government sectors, generating > 30% annual growth for five consecutive years.  He also handled regulatory affairs for MSB.

Baheti’s background includes leadership roles in operations and IT; legal/compliance, and legislation; and, management of political organizations and non-profits. He served as Special Counsel to California governor Gray Davis, and was appointed the state’s first Director of eGovernment where he managed California’s technology infrastructure.  Before that, he was the Managing Director of the California Democratic Party, responsible for statewide coordinated campaigns, field, direct mail, and research operations.
​
He serves as the board chair of the Program for Torture Victims, a non-profit organization that rebuilds the lives of torture survivors from over 70 countries who have stood up for freedom, democracy, and human dignity. The organization was the first of its kind in the country.

Baheti is the Director of Operations & Finance for the Writers Guild Foundation where he manages day to day operations. On the fiscal side, he manages budgeting, financial reporting, risk management, and compliance. In operations, he oversees technology, administration, and HR.